Would you tell the readers a little bit about yourself?

I’m a social worker by profession, which I think gives me a great edge and insight into what makes people tick. I love to write about complex people and situations, and I suppose my job helps feed that desire. I am married and have children. We also have a very lazy cat and a very hyper and immature dog. Lol

Which book are you currently promoting?

Can you tell us what the book is about?

A real quick blurb could be:


Who is the mystery woman who haunts Jeru’s dreams? And why has the butterfly known as the Purple Morrow revealed itself to him, woven into the design of the woman’s dress? These are the maddening questions which provoke Jeru out of a life of despair and into a quest to discover his true destiny. The only things that can stop him are the crushing guilt he bears after a lifetime of losses and perceived mistakes, and the Rover commander who seeks to kill him.

is the first in a series of three books. Through the vehicles of Jeru, Nyssa and Kelen’s personal journeys, the book explores themes of hope, trust, love, individual choice and redemption. The Christian message is subtle in The Purple Morrow, manifesting more in its world view, themes and values, but as the series develops and as Jeru embarks in his mission to lead the people from darkness and then goes on to defeat it, the Christian message becomes increasingly overt. My goal as a writer is to write great stories that anyone can enjoy, whether one is a believer or not.

How did you come up with the idea for this book?

Actually, like most of my ideas and inspirations, the idea came to me at church. I was sitting in the pew, listening to the service when the idea came to me to write a book based on the theme of redemption. I pictured Jeru and Nyssa and formed their basic storyline, and I also knew I wanted a butterfly to figure into it all as the main metaphor. A while later, when I was talking to my sister and telling her the story I had planned was too large to put into one book, she mentioned writing a series. I was like, ‘D-uh!‘ And so the story grew from one book to three.


What can you tell us about your main characters?

I am so passionate about each and every one of them, and I spend so much time crafting them that I am loyal to each! I loved writing Jeru’s transition from a state of melancholy and his stubborn, martyr-like resistance to change to a man of substance and determination, committed to doing what is right regardless of the cost to himself. I also loved that he got blindsided by love, lol. Regarding Kelen, I have to say that I fell in love with him from the moment I conceived of the character. He can be vicious and cruel but he guards a sensitive heart. It was a challenge to write such a complex character since I had to walk a fine line between making readers hate him or love him. Hopefully, the result will make the reader squirm a little, lol

Did you have to do any research in order to help you with the writing of this book?

Most of the research I did was on topography, climate, getting the right terms for land-masses and land formations and things like that. I generally like to watch National Geographic and shows like that, and I store away what I learn for moments when information is needed for a book or story.

What made you decide to become a writer?

Writing has been a passion of mine since I wrote my first story in the first grade. At the time, I was amazed by the fact that by combining everyday words, I could create something new or generate a reaction from a reader. From that point on, the only thing I ever truly wanted to do was write, and my ultimate goal was to write a novel. Most of my writing background is in short stories and poetry, so The Eagle’s Gift (my first book) and The Purple Morrow are my first books.

How long does it usually take for you to write a book?

Eagle took about a year and a half, and Morrow took about a year to complete. For Morrow, the first draft took a few months. I started writing random chapters last summer (2011), but didn’t really get serious about writing it until around September. Then around December, I uploaded the MS to this writing site I use for beta-reading and crits. That led to months of rewriting and editing. I would have to say that the entire process of getting the book to the point where I was fully satisfied with it took about a year.

Have you ever had second doubts about a story you’ve written?

Writing is so subjective you can’t please everyone. So there is always a part of me that worries about a bad review or someone not liking this or that aspect of my work. But that comes with ‘the job’. Also, you know how it is. You stop looking at your MS for a while and then go back to it and if you’re not careful you could take the whole thing apart again, lol So I have to control myself, even though it is hard. J

Are there any authors you admire?

was the first thing I had written after a very long period of writer’s block. The original MS was 7 only chapters long. Luckily, I always seemed to come across exactly the right book at the right time to help. I liked Ray Bradbury’s The Illustrated Man because his stories were so clean, focused and well thought out, that it helped me learn to plan and organize my own scenes, and to determine what I wanted to exploit in them to push the story along. Then I started Night and Day by Virginia Wolf. She had this smooth, almost lilting but highly descriptive way about her work that really touched me and helped support the prose I was writing at the time. Over all though, there are two major influences in regards to my writing: Tolkein for The Silmarillion, which is my favourite book of all time, and Margaret Atwood, because she can write the heck out of anything and any genre, even, I’m sure, the phone book. J


What other projects are you currently working on

There are three books planned in The Purple Morrow series. The second, Wolf’s Bane, is in the process of being completed and I’m very excited about that. It follows Jeru’s journey as he continues to discover his role as the savior of the Southernlands, and as he searches for Kelen, whom the reader learns has an unexpected role to play in Jeru’s life. Kelen himself realizes that he has been wronged by the very people who raised him and so sets off on a mission of revenge. We also get to see more of the Northmen’s way of life and of their endgame. Book three is yet unnamed and is still in the development stage but it concludes the story of the clash between the Northmen and the Southernmen, and all mysteries are revealed. Big surprises await the faithful reader!

What are you doing to promote your work?

Right now I have an active Twitter account @PurpleMorrow, and a FB fan-page at DyaneFordeWriter. I’m also on Goodreads, soon should have an author’s website up real soon.
Posted by Tracy Kauffman at 4:34 PM

Hello everyone.  My book: Southern Attraction will be released shortly, so I thought I would fill you in on what it is about .   Southern At... 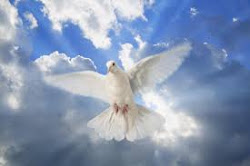